Skip to content
Episode 2: More Than Just a Code of Silence 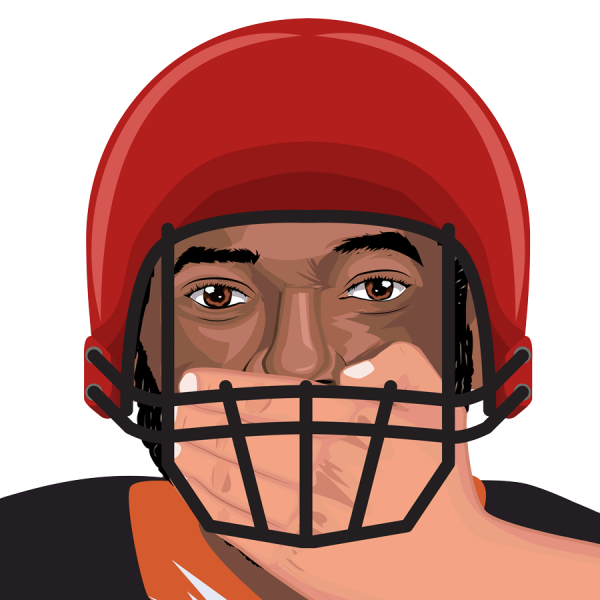 More Than Just a Code of Silence

Key Points From This Episode

While we were reporting episode one, Invisible injury, we knew we wanted to hear from athletes, but we also knew we probably wouldn’t get very many of them to talk to us.

And that hunch was right. Only two even returned our calls.

It highlights a pretty well-known fact in the world of sports reporting: college athletes are terrified of speaking out about controversial topics because they don’t want to appear disloyal, and they believe that they could lose their place on the team if they break the rules and talk to the press without permission.

Yes, speaking without getting permission is often against the rules. Even at public universities where those rules fly in the face of the First Amendment.

This is particularly relevant right now as this country deals with an unprecedented health crisis and a recognition of systemic racism and the need to change it.

Both of these issues profoundly affect NCAA athletes, yet our research found that their ability to speak freely is incredibly limited.

Using freedom of information requests, we asked more than 80 universities for their athlete rulebooks and media policies. We got 58 responses, and of those, 50 universities categorical prohibited athletes from speaking to the press without first getting approval.

“I don’t think there’s any question that a college athletics department at a public university lacks the authority to tell its student athletes, ‘You’re forbidden from speaking to the news media, 24/7, 12 months a year, around the clock,’” said Brechner Center director Frank LoMonte, who wrote a law review article on this topic. “A public university is a government agency, and government agencies are all subject to the constraints of the First Amendment. Any kind of a policy or a rule or a handbook that they have that’s inconsistent with the First Amendment is void and it’s unenforceable.”

In this episode, we discuss our findings with Ramogi Huma, president of the National College Players Association, who has been fighting for student athlete rights for decades.

“The culture of secrecy, we have been very familiar with that, but the fact that they’re putting it in writing to that degree is, is really terrible,” Huma said. “Think about this: players might watch their teammate die and a hazardous workout and not be able to talk to the media about it. … And to have that kind of a gag over players, you know, as a matter of policy is really unforgivable.”

Combine that statistic with this one: The NCAA’s own numbers show a major disparity between black players and black athletic leadership. The coaching gap is large, but the more stark statistic is that only six percent of sports information officers — the title traditionally held by the person in charge of media relations — are black.

“For a player who would want to exercise their freedom of speech on this issue, you know, they could otherwise be met with some of the people who are white that have really no, in a sense, skin in the game,” Huma said. “They might be met with people over them – they don’t even understand the issue. They don’t think it’s a big deal. They don’t think racism exists. They don’t think there are any bad police officers, and much less why a football player should be speaking out about something that’s not about football.”

In addition, athletes without a voice are being told that practices and games will resume in the fall in the midst of a worldwide pandemic, the likes of which haven’t been witnessed for a generation.

Players who are speaking out about their concerns are largely doing so anonymously.

“It’s almost always confidential,” Huma said, adding that one player told him that a coach said, “that essentially the universities were talking about how the players could be used as the test subjects in returning to campus.”