Why Don’t We Know?

Why don’t we know how often college athletes get concussions, or when students get disciplined for hazing, and whether those problems are getting better or worse? They’re simple questions with complex answers, and in each episode of the “Why Don’t We Know” podcast, investigative reporter Sara Ganim will lead a team of University of Florida journalism students digging into America’s most impenetrable “data deserts.” Why Don’t We Know is supported by a grant from the Hearst Family Foundations and produced by the Brechner Center for Freedom of Information, a research center focused on improving the public’s access to civically essential information. 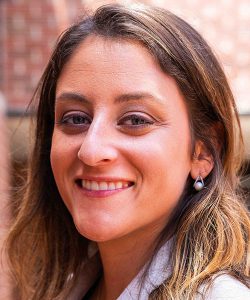 Sara Ganim is a Pulitzer-Prize-winning journalist, with 15 years of experience in print and television.
In June 2019, she was named the University of Florida’s first Hearst Journalism Fellow at the Brechner Center for Freedom of Information, and this podcast — her first — is a result of that fellowship.

She started her career as a newspaper reporter and won a Pulitzer Prize at age 24 for breaking and covering the investigation into former Penn State assistant football coach Jerry Sandusky’s sexual abuse of young boys. Ganim then spent seven years at CNN, covering a range of issues, including government agencies, ethics and conflicts, sexual misconduct on Capitol Hill, the rise of the anti-fascist movement in the U.S., deadly hazing at American Universities, the NCAA’s mishandling of concussions, and American drinking water issues. In 2015, she won a Sigma Delta Chi award from the Society of Professional Journalists for her Investigative report exposing the low reading levels of some college athletes.

In 2020, she made her first independent film, No Defense, which garnered film festival recognition, and she has consulted or reported for several other films, including the Emmy-nominated CNN film, Deadly Haze.

She was also a consultant for the 2018 HBO film Paterno, which was nominated for an Emmy. In 2018, Ganim’s first documentary, a 30-minute investigative piece on drinking water in rural America titled Dirty Water, aired on CNN. 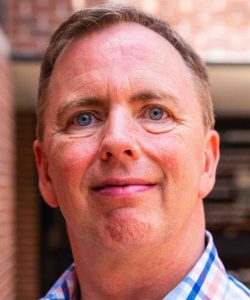 Frank LoMonte is a professor at the University of Florida, where he teaches media law and runs the Brechner Center for Freedom of Information, a think-tank focused on the public’s right of access to civically valuable documents and data. He formerly practiced law with Sutherland Asbill & Brennan LLP, clerked on the Eleventh Circuit U.S. Court of Appeals, and was the executive director of the nonprofit Student Press Law Center in Washington, D.C. 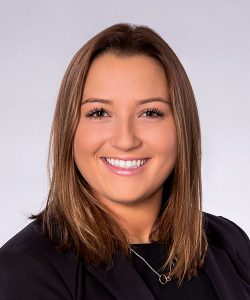 Tori Whidden coordinates the staff of student researchers at the Brechner Center, and organizes the gathering of data through freedom-of-information requests to government agencies across the country.
She is also associate producer of the 2020 documentary film, No Defense.

Tori is a 2019 graduate of the University of Florida, where she received a B.S. in Journalism and a minor in geography. She has worked as a reporter for WUFT-FM, the Independent Florida Alligator and the Gainesville Sun, where she reported and produced stories for print and digital publications as well as for social media. She is from West Palm Beach, Florida. 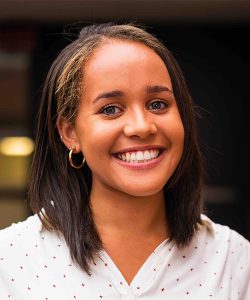 Camille Respess is a rising senior journalism student at the University of Florida. Camille is also producing a crime podcast for WUFT, a NPR and PBS affiliate in Florida. Camille has worked for Chalkbeat, The Trace, the Riverfront Times and the Independent Florida Alligator. Camille was awarded the NABJ Acel Moore Scholarship for Community Journalism and was a Dow Jones News Fund fellow in 2019. That same year, Camille was an assistant editor for Since Parkland. The expansive project about gun-related deaths of minors won the student project award at the 2019 Online Journalism Awards and was nominated for a 2020 Webby People’s Voice Award. Camille started in journalism at her high school in St. Louis. 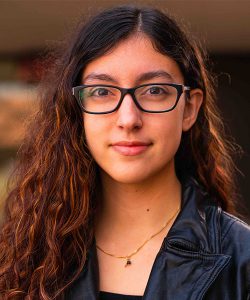 Currently a junior designer for Brandly Agency, Jessica Curbelo spends her time designing websites and social media content while managing the agency’s social media. She recently graduated from the University of Florida with her B.S. in Journalism. Her work has appeared in The Gainesville Sun, The Independent Florida Alligator, WUFT News and more publications. Jessica loves reading and has an oddly strong affection for grammar. When she doesn’t have a book in hand, she is usually hunched over some creative project or another. 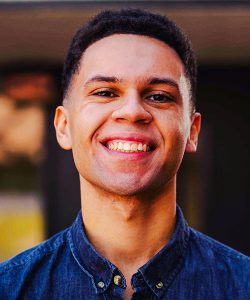 An avid sports fan, Joe Hastings has suffered tremendously over the past nine years as a fan of both the Dallas Cowboys and Los Angeles Lakers. Last year, he had an opportunity to see the Cowboys play in their home stadium, and now it’s his goal to go to California and watch the Lakers at Staples Center. When not consuming sports content, Joe is most likely watching a documentary or a movie from the Marvel Cinematic Universe (Avengers: Endgame is his favorite movie of all time). He currently works as a recruiting reporter at Rivals.com covering the Florida Gators and Ohio State Buckeyes, and is set to graduate from the University of Florida in August. 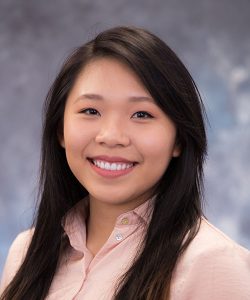 Amy Fu is an aspiring storyteller, videographer and editor. She holds a bachelor’s degree in advertising from the University of Florida, and is currently pursuing a master’s in mass communication. 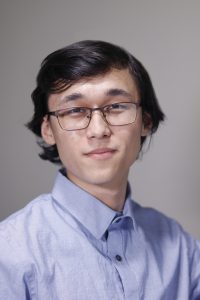 James Sullivan is a video and audio editor currently residing in Gainesville, Florida. He is highly experienced in the world of media production and the the skills he’s acquired through it have assisted him both as an editor on the WDWK Podcast and as a member of the WUFT Media at UF. The unbridled excellence of his work is equal only to his modesty and his proficiency at writing in the third person. 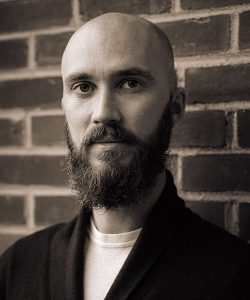 Daniel Townsend is currently attending the University of Florida in pursuit of a PhD in musical composition. His main interests currently involve scoring for big band jazz ensemble, and reading about meditative aspects of musical practice and performance. Dan has scored music for dancers, jugglers, and visual installations, and is pleased to work with WDWK and the Brechner Center on this project. 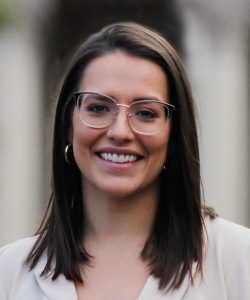 Gabriella Paul graduated in May of 2020 from the University of Florida, amid the pandemic, with a degree in journalism and history. She is a Colorado native who grew up in the Tampa Bay. She is currently working in Gainesville, Florida, as an investigative reporting fellow with the Brechner Center for Freedom of Information. She cares deeply about amplifying silenced voices and rewriting the mainstream narrative in her storytelling. Her favorite stories are told through the lenses of data analysis and American history. 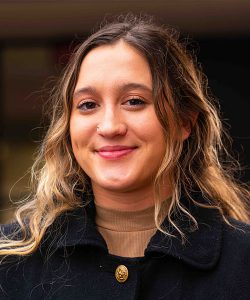 Angie DiMichele is a recent graduate of the University of Florida. She started her journalism career as a general assignment reporter at the Independent Florida Alligator and later became the enterprise editor. She has worked at her hometown paper, the Florida Times-Union in Jacksonville and at the Gainesville Sun before graduating. She covered the 2020 legislative session and now works as a metro intern at the South Florida Sun Sentinel where she has covered topics ranging from coronavirus to local government to Black Lives Matter protests. 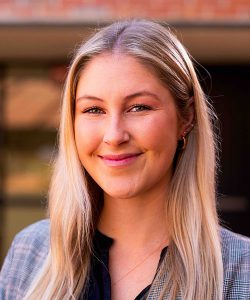 McKenna Beery just graduated from the College of Journalism and Communications at the University of Florida. She has always had a passion for reporting, and she wrote for multiple publications covering different beats throughout her time in college. She just moved back to Los Angeles and is freelancing until she ultimately secures a job in the journalism field. 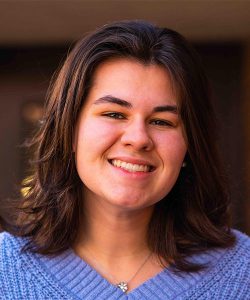 Mari Faiello is a 2020 UF journalism graduate and a sports reporter for the Tampa Bay Times. She has previously written for the Independent Florida Alligator, Gainesville Sun and Tampa Bay Times. In 2019, she was a Murray Scholar winning the Judges’ Choice award for her profile on Gators athletics social media manager Bruce Floyd. In her free time she enjoys playing with her German shepherd, Thor, going to Starbucks and binging “Friends.” 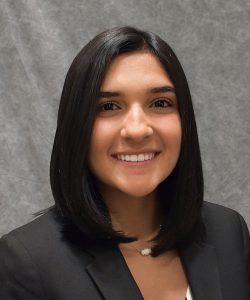 Brianna Edwards is a rising senior at the University of Florida pursuing a dual-degree in journalism and business. She spent last summer interning at a public relations agency, where she worked across hospitality, nonprofit and banking industries. At WUFT News, she reported on everything from economic development to education. Passionate about her Hispanic background, she served as director of marketing and communications for Hispanic Communicators Association in the 2020 school year. 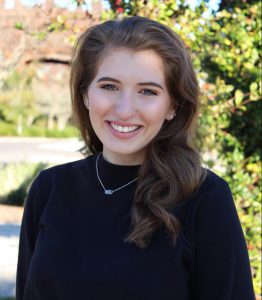 Brittney Miller is a rising senior at the University of Florida pursuing a dual major in journalism and biology. She has worked in both research labs and newsrooms throughout her collegiate journey – a background that has cultivated her unique and rich passion for communicating science. With clips published in WLRN, WUFT News and the Independent Florida Alligator, she aspires to continue her reporting path to be a science writer. 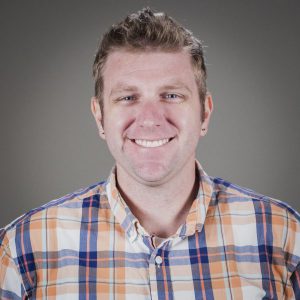 Matthew Abramson received his Bachelor of Science in Telecommunication and Masters of Arts in Mass Communications from UF’s College of Journalism and Communications. He supervised the Creative Services team at WGFL/WNBW from 2007-2016, followed by managing UF Information Technology’s studios for academic video production. Currently, he serves as the CJC’s Director of Media Services, as well as an adjunct instructor with Santa Fe College’s Digital Media Production program since 2015. He’s won multiple awards, including two international Telly Awards, an Adfed Addy Award and an honorable mention from the Florida Association of Broadcast Journalists in 2019.

Luke Barrientos is a young adult from Ocala, FL. He is the owner of LAB Productions, a small multi media buisness in Gainesville, FL.  He’s a petrol head, enjoys photography and video production even outside his work for clients. 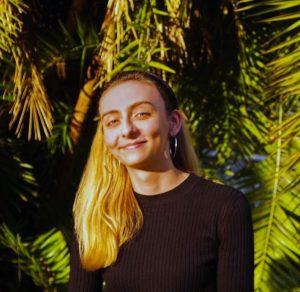 Alexandra Harris is a journalism major at the University of Florida. She has a passion for investigative reporting and the environment.  Her work has appeared in the Independent Florida Alligator and the Gainesville Sun. She files public records requests for the WDWK podcast. 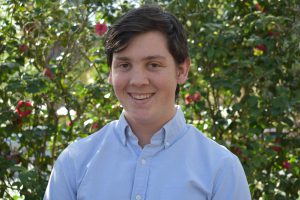 Trey Ecker is a junior journalism student at the University of Florida. He is an aspiring storyteller who enjoys writing as well as exploring the worlds of video and audio, a skill he hopes to develop more. His work has appeared in WUFT and the Independent Florida Alligator. He now writes blog posts for the WDWK podcast. In his free time, he is likely at the skatepark, binging YouTube or spending an alarming amount of money on coffee (a habit his bank account does not appreciate). Kaylee Whidden is a journalism major at the University of Florida. She is interested in investigative reporting, as well as photojournalism, and has created multiple photo stories. In her free time, Kaylee enjoys painting, binging the latest docuseries and spending time in nature.

Just add your email and hit subscribe to stay informed.